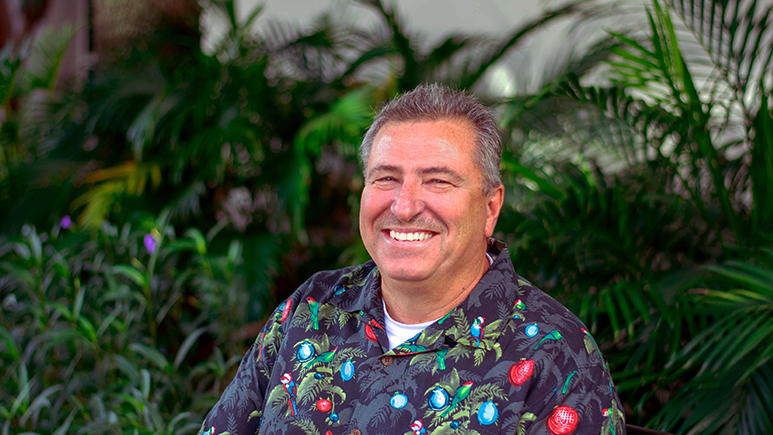 The series continues, with posts featuring the longest-term employees of AerSale®. In celebrating the company’s 10-year anniversary, we are highlighting what each of them remembers looking back and what they see for the company going forward.

It was the perfect metaphor. Ron and Iso Nezaj, AerSale’s Chief Technical Officer, had just toured the company’s new Roswell MRO facility—a place that began with one employee, a warehouse and a few tools. In a whirlwind of less than five months, Ron led a from-scratch engine disassembly setup and MRO acquisition effort that would become synonymous with the AerSale name. It was time to celebrate. The two set out on a drive to the top of Lookout Mountain, near Ruidoso. Picture these two industry superheroes in a tiny Toyota Tercel, smoking cigars, and watching rocks tumble down the side of the cliff as they snaked their way up the winding road. Ron was just hoping they’d make it to the top. It was crystal clear that day in May 2010 and they made it to the top alright, of both Lookout Mountain, and for AerSale, the aviation aftermarket business.

The trek began a little over nine years ago. Ron became employee number five, joining the ranks of Nick Finazzo, Bob Nichols, Sandra Mora, and a vice president of engine sales. The budding company was finishing a contract to purchase 138 engines from UPS, and needed someone familiar with operations, logistics, setting up a distribution company, and most importantly, quality. Ron got the call. His marching orders were to set up the Roswell facility, which initially meant gearing up to disassemble the engines being purchased. He hired staff and ordered all the necessary tooling. But they couldn’t wait. He sought vendors to disassemble the engines in the meantime, traveling back and forth to manage them, while establishing all aspects of the business infrastructure.

Momentum was building. Just as the company was awarded the engine contracts, it won another UPS contract for 44 DC8s and all the associated spare parts. Ron waved his magic logistics wand and ultimately moved nearly 100 trailer loads of material (including a flight simulator!) from Louisville and other outstations to Roswell.

“It was a crazy, busy few months,” Ron recalls. “There's really not been time to sleep at AerSale for the past nine-and-a-half years,” he adds. “Nick and Bob just gave me my marching orders and I did what I know how to do.”

Ron believes AerSale is special because of the people who work there and credits the founders’ management style for nurturing a very entrepreneurial atmosphere. People come to AerSale knowing they will be contributors and experts in their own right. AerSale uniquely handles different segments of the aftermarket business with a diverse workforce and a very technical senior management team that understands all of the various disciplines involved.

“I say it all the time,” Ron says. “AerSale is the hardest job you'll ever have in your life. We're never resting on our laurels trying to just get one thing done. We're working on so many different things at the same time, we're like jugglers. I have a lot of respect for all of them.”

At AerSale there's always something to do. The company operates in many different facets of the aftermarket business, from aircraft leasing and engine teardowns to modifications of airframes, and recently purchased a component repair shop in Miami. It’s a perpetual and rewarding search for new ways to market the AerSale brand.

For Ron, the rewards go deeper. One of his proudest moments in terms of his personal growth came in July 2017 when he was awarded the prestigious Edward J. Glueckler Award by the Aviation Suppliers Association (ASA). Presented annually by the ASA, this award recognizes the recipient for a lifetime achievement in outstanding commitment, dedication, and contribution to the ASA organization and its greater aviation constituency. Nick Finazzo, then CEO of AerSale, offered his personal congratulations.

“Year after year Ron has worked hard to better our people, processes, products, and services, and I can think of no one more dedicated to excellence throughout his career than Ron.”

“That award came as a huge shock,” recalls Ron. “But it’s one of the proudest moments I’ve ever had. Working for AerSale, I’m known in the industry and people know who we are. It’s another shining star. I wake up every morning, happy to come to work. Every morning.”

When asked about the future, Ron sees exciting times ahead and wants to keep doing what he’s doing. He terms it the “non-shiny stuff.” From facilities and quality to operations and technical records, he doesn’t have boundaries and states he plays in all different kinds of sandboxes. He keeps the backend of the business functioning so the frontend can thrive. Sounds like he and AerSale are set to remain comfortably at the top of Lookout Mountain.