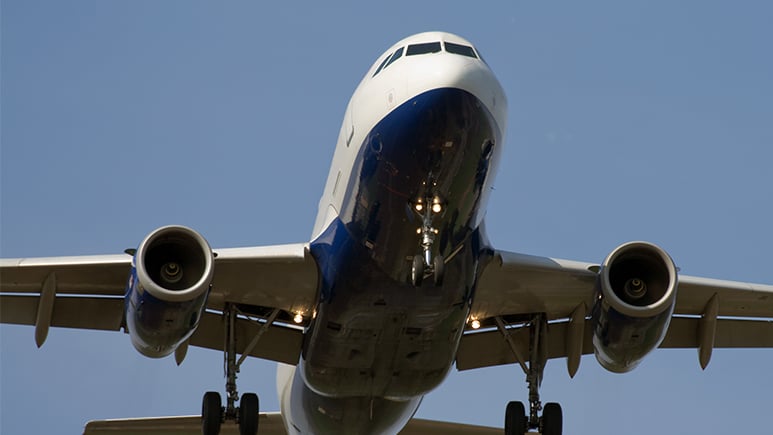 In July 1996, a Boeing 747-100 crashed off the coast of New York, resulting in 230 fatalities. The National Transportation Safety Board (NTSB) concluded that the TWA Flight 800 crashed when an explosion occurred in its center wing fuel tank. The cause of the explosion? Ignition of the fuel vapor and air mixture within the tank.

The TWA Flight 800 crash wasn’t the first fuel tank explosion to strike transport category aircraft. According to the FAA, there have been 18 such explosions since 1959. But unlike those that came before it, the 1996 crash triggered significant regulatory action.

How to Comply with the FTFR Rule

Under the FAA’s FTFR Rule, all passenger aircraft with high-flammability fuel tanks must adopt a solution to prevent tank explosions. The FAA outlines two options: a flammability reduction means such as a nitrogen generating system or an ignition mitigation solution.

All affected passenger aircraft flying within or into the U.S. and operating under FAR Part 121 must be manufactured or retrofitted to meet the FTFR rule to avoid being grounded.

Years after missed initial deadlines and issues with first-generation OEM solutions, the challenge of FTFR rule compliance has continued to plague commercial airlines, especially when it comes to reducing the flammability risk of older aircraft. The costs and complexity of retrofitting existing inerting systems—particularly in aircraft that might be approaching the last decade of service life—have created a clear opportunity for leading suppliers ready to simplify and streamline the retrofit process.

But as with any solution in the commercial aviation market, not all systems are created equal. Identifying a trusted, full-service partner is key to paving the way for FTFR rule compliance.

Whereas the majority of FTFR rule solutions are nitrogen generating systems, AerSale® has blazed its own path—developing an FAA-approved ignition mitigation solution that delivers cost savings and maximum flexibility. Its AerSafe® solution is one of the few FAA-approved options for FTFR rule compliance, ideal for older aircraft that lack nitrogen-generating systems.

If an ignition source is introduced inside a fuel tank, AerSafe limits the amount of available oxygen to a single cell—essentially extinguishing the fire once that oxygen has been consumed and, in turn, preventing sparks from triggering an explosion.

Unlike nitrogen generating systems, AerSafe does not use an air separator module, which typically triggers ongoing service. The result is a cost-effective solution that is virtually maintenance-free, with easy installation that requires access only to the aircraft’s fuel tank. Because the system can be taken out of one aircraft and put into another, it’s also a top choice for airlines whose fleets are in transition.

Are you looking for a less costly, more effective solution for getting your fleet’s fuel system in compliance with the FAA’s FTFR rule? Explore the benefits of AerSafe, which is FAA approved for Airbus 319, 320, 321, and Boeing 767 and 737 aircraft.

A global aviation leader, AerSale specializes in the sale, lease, and exchange of used aircraft, engines, and components, in addition to providing a broad range of maintenance, repair, and overhaul (MRO) services and engineering services for commercial aircraft and components. AerSale also offers asset management services to owners of end-of-life aircraft and engine portfolios. Headquartered in Coral Gables, Florida, AerSale maintains offices and operations in the United States, Europe, and Asia. For more information on how AerSale can exceed your MRO requirements and keep your aviation assets functional and profitable from first flight to final flight, visit www.aersale.com or contact us.