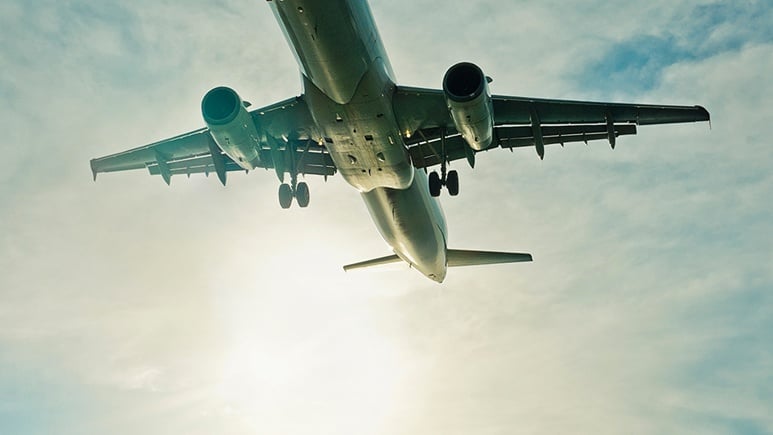 Coral Gables, Fla., July 12, 2018 – AerSale® announced today that the National Civil Aviation Agency of Brazil (ANAC) has approved the Federal Aviation Administration’s (FAA’s) Supplemental Type Certificate (STC) for the company’s AerSafeTM system on Airbus 321 aircraft (ST04010NY), that complies with the Fuel Tank Flammability Reduction (FTFR) rule. This is the second ANAC STC approval for AerSafe, following approval on Boeing 737 CL aircraft in 2017. In the coming months, AerSafe will be expanded to cover additional aircraft types, to meet the September 2019 deadline of the ANAC regulation, Regulamento Brasileiro da Aviação Civil (RBAC) nº 121.1117, that applies specifically to passenger aircraft that fly within or into Brazil. AerSale’s STCs for the Boeing 737 CL and NG series (ST02980NY) and Boeing 767 series (ST03599NY) have already been approved by the FAA.

“We are pleased that our Latin American customers operating A320 family aircraft are now able to immediately benefit from AerSafe’s numerous advantages,” said Iso Nezaj, Chief Technical Officer at AerSale. “Nitrogen inerting systems simply cannot compare with AerSafe’s substantial cost savings and maintenance-friendly benefits. AerSafe is available in less than six weeks, installs in under a week, has no mechanical parts to fail, and after installation, is maintenance-free.”

Tested and developed to exact tolerances to fill the cavity of Airbus 320 family aircraft center fuel tanks, AerSafe limits the amount of available oxygen that can ignite fuel vapors and prevents sparks from causing an explosion. AerSafe comes as a complete prefabricated kit that can be installed at any hangar around the world. After initial installation, the system requires no maintenance or expensive spare parts. A limited number of AerSafe kits are currently available for immediate installation. For larger orders, the lead time for ordering AerSafe is currently 60 days versus the one-year lead time for the nitrogen inerting system.

The FAA enacted the FTFR rule after the crash of TWA flight 800 off the coast of New York. Federal investigations revealed that the accident was the result of an explosion caused by a spark igniting fumes in the center fuel tank of the Boeing 747. The FTFR rule requires fuel tank ignition sources and flammability exposure to be reduced in aircraft most at risk. The FAA gave two options: a flammability reduction means such as nitrogen inerting, or an ignition mitigation means such as AerSafe. These systems must be installed on all passenger aircraft that have high flammability fuel tanks and fly within or into the United States. For all passenger aircraft that fly within or into its country, Brazil required 50 percent installation completion by September 2016 and requires 100 percent completion by September 2019.

A global aviation leader, AerSale specializes in the sale, lease, and exchange of used aircraft, engines, and components, in addition to providing a broad range of maintenance, repair, and overhaul (MRO) and engineering services for commercial aircraft and components. AerSale also offers asset management services to owners of end-of-life aircraft and engine portfolios. Headquartered in Coral Gables, Florida, AerSale maintains offices and operations in the United States, Europe, and Asia.